You are here: Home / Boulder Real Estate Blog / As Prices Stabilize and Inventory Shrinks, This Could be the Time to Sell

According to the latest quarterly report from the National Association of Realtors® (NAR), median existing single-family home prices are firming in many metropolitan areas, while improving sales and declining inventory are creating more balanced conditions.

The median existing single-family home price rose in 74 out of 146 metropolitan statistical areas (MSAs) based on closings in the first quarter from the same quarter in 2011. Additionally, a new breakout of income requirements on a metro basis shows most buyers have the necessary income to buy a home in their area, assuming a favorable credit rating.

Lawrence Yun, NAR chief economist, expects home prices to continue to improve. “Given the steadily dwindling supply of inventory and notably higher listing prices that are being negotiated today, prices are expected to show further improvements in the near future,” he explains.

This slowly dwindling housing inventory is good news for homeowners who had wanted to sell their home over the past few years, but who held off until prices began improving. According to the NAR report, at the end of the first quarter of this year, there were 2.37 million existing homes available for sale, which is 21.8 percent below the close of the first quarter of 2011 when there were 3.03 million homes on the market. There has been a sustained downtrend since inventories set a record of 4.04 million in the summer of 2007.

What’s more, total existing-home sales, including single-family homes and condos, increased 4.7 percent to a seasonally adjusted annual rate of 4.57 million in the first quarter – 5.3 percent above the 4.34 million level during the first quarter of 2011 when sales spiked.

“This is the highest first quarter sales pace since 2007,” says Yun. “With strong market fundamentals, total home sales this year should rise 7 to 10 percent.”

Among the groups currently driving home sales and prices are first-time buyers, many of whom have been renting until the market – and their financial situations – showed signs of improvement. First-time buyers purchased 33 percent of homes in the first quarter. 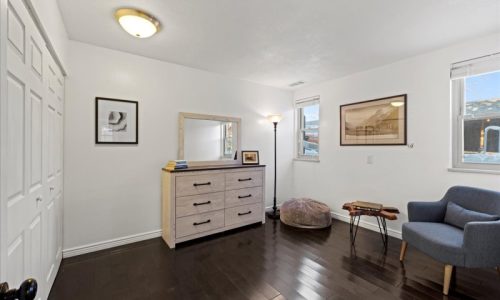